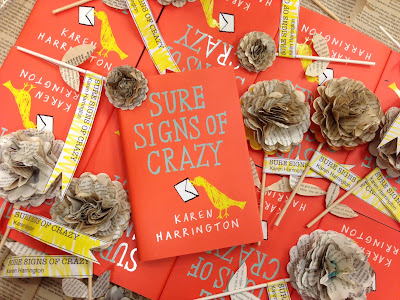 My book launch was this past Saturday. My great friend made these paper flowers from old books and copies of To Kill A Mockingbird by Harper Lee. Lee's book inspired the main character in this novel to write letters to Atticus Finch so the launch party had a mockingbird theme. 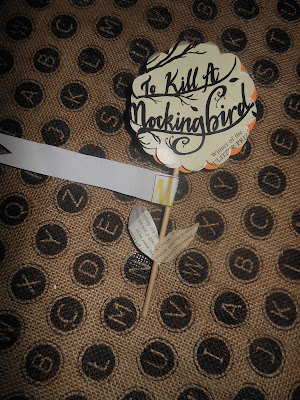 Posted by Karen Harrington at 3:14 PM 3 comments: Links to this post

This week, the newest from the author of Schindler's List, the letters of an underrated novelist, and the wonderful new novel from James McBride. Plus: a hard look at immortality. Al Capone Does My Homework by Gennifer Choldenko (Dial) - This final installment in the life of Moose Flanagan, a boy who lives on Alcatraz Island during the 1930s, brings Choldenko’s trilogy to a satisfying conclusion. The story opens with good news: Moose’s father, Cam, has been promoted to associate warden of the island’s infamous prison. But the new job makes Cam a target, and the family feels the backlash immediately. Makers of Modern Architecture, Vol. II: From Le Corbusier to Rem Koolhaas by Martin Filler (New York Review Books) - In this superb follow-up to his first volume of essays on modern building’s pioneers and major designers, architecture critic Filler brings his expertise to bear on architects who have been neglected (Carlo Scarpa), those who have fallen out of critical favor (Edward Durell Stone), and others whose standing has been debated (Eero Saarinen), while deftly evaluating the work of contemporaries such as Bernard Tschumi and Snøhetta. The Book of Immortality: The Science, Belief, and Magic Behind Living Forever by Adam Leith Gollner (Scribner) - In an effort as ambitious as it is (probably) impossible, Gollner embarks on an epic quest to understand the nature of immortality. He tours cryonic facilities, attends a get-together of “immortalists” and a Harvard-sponsored anti-aging symposium, and wraps it up with a Buddhist Elixir of Life ceremony. It’s an engrossing, immensely fascinating tour. Sure Signs of Crazy by Karen Harrington (Little, Brown) - In her middle-grade debut, Harrington revisits the family from her adult novel, Janeology, as she goes behind the scenes of a tabloid-headline story. Ten years ago, Sarah Nelson’s mother, Jane, attempted to drown Sarah and her twin brother, Simon, who didn’t survive. Now 12, Sarah has moved from town to town with her sad, alcoholic father, trying to escape media attention while her mother resides in a mental institution. The Daughters of Mars by Thomas Keneally (Atria) - The horrific butcher’s bill of WWI trench fighting, which took a toll not only on the wounded soldiers but on the doctors and nurses who tended to them, is at the heart of this moving epic novel from the author of Schindler’s List. The story is told through the experiences of two sisters, Sally and Naomi Durance, both nurses, who enter the morally complex area of treating the devastatingly injured with peacetime experience. The Good Lord Bird by James McBride (Riverhead) - McBride offers a fresh perspective on abolitionist firebrand John Brown in this novel disguised as the memoir of a slave boy who pretends to be a girl in order to escape pre–Civil War turmoil, only to find himself riding with John Brown’s retinue of rabble-rousers from Bloody Kansas to Harpers Ferry. “I was born a colored man and don’t you forget it,” reminisces Henry Shackleford in a manuscript discovered after a church fire in the 1960s. Suitable Accommodations: An Autobiographical Story of Family Life: The Letters of J.F. Powers, 1942-1963 edited by Katherine A. Powers (FSG) - In his fiction, Powers (1917–1999), the celebrated Catholic writer best known for his National Book Award–winning 1963 novel Morte D’Urban, explored the culture of postwar American Catholicism and the lives of Midwestern priests. These vibrant letters, collected and edited by his daughter, Katherine, reveal a restless, promising writer and family man with a wry sense of humor and a hunger for literary camaraderie. The United States of Paranoia by Jesse Walker (Harper) - Walker has clearly been taking notes as book editor for Reasonmagazine. He smartly avoids taking sides—after all, “the world is filled with plots both petty and grand.” Instead, he corrals conspiracy theories into five stables: those dealing with the perceived enemy within (e.g., militia and hate groups); the enemy outside (e.g., al-Qaeda); the enemy above (e.g., the Illuminati); and the enemy below (e.g., the Occupy movement). The fifth category relates to theories of a so-called benevolent conspiracy, which assume that someone or something is working for the betterment of humanity.
Posted by Karen Harrington at 12:04 PM 2 comments: Links to this post 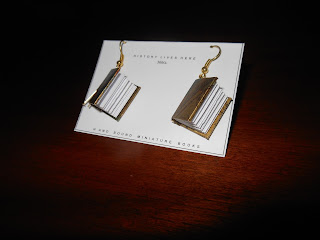 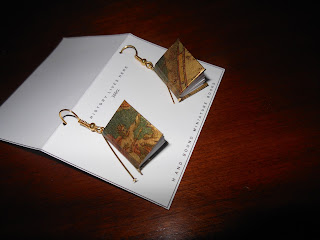 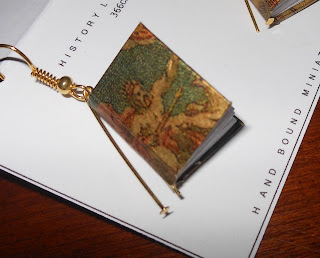 Posted by Karen Harrington at 10:18 AM 5 comments: Links to this post

"Here is all I ask of a book- give me everything. Everything, and don't leave out a single word.” ― Pat Conroy, My Reading Life
Posted by Karen Harrington at 11:22 AM 1 comment: Links to this post

It's getting very orange around here. 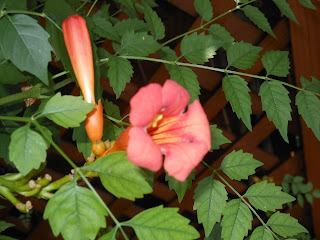 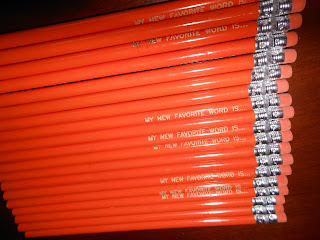 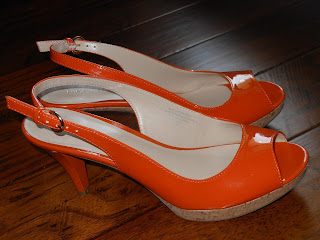 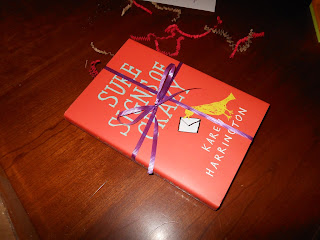 Posted by Karen Harrington at 10:55 AM 4 comments: Links to this post 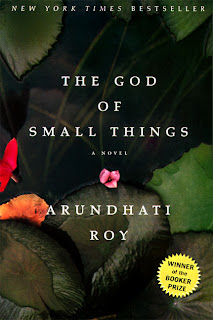 "In that brief moment, Velutha looked up and saw things that he hadn't seen before. Things that had been out of bounds so far, obscured by history's blinkers. Small things." p - 176, The God of Small Things by Arundhati Roy

Description: Compared favorably to the works of Faulkner and Dickens, Arundhati Roy’s debut novel is a modern classic that has been read and loved worldwide. Equal parts powerful family saga, forbidden love story, and piercing political drama, it is the story of an affluent Indian family forever changed by one fateful day in 1969.
-

I've wanted and waited to read this book for SO long. I'm so glad I picked it up this week.

Teaser Tuesday is a weekly meme hosted by MizB of Should Be Reading. Anyone can join in.
Posted by Karen Harrington at 10:27 AM 4 comments: Links to this post