The Post I've Been Wanting To Write For Years 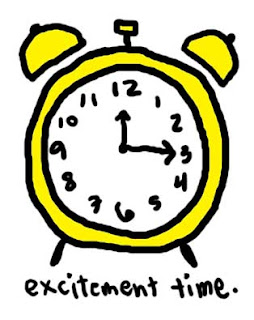 First off, I want to thank everyone for their kind comments on Friday when I announced I had FINALLY received agent representation from Markson Thoma Literary Agency. It’s been said before but I’ll say it again – writing is a solitary endeavor, but having a community of blogging and writing friends who share ideas and offer encouragement is one of the great blessings of being a modern writer. So thanks for letting me celebrate milestones with you.
Second, I love to read author blogs and find out their process of finding and securing agency representation. There is always something I can take away from those articles. I hope you can glean something from this piece, too.
Like any good story, this one has a beginning.
For the past two years, I’ve been pitching a novel titled PRODIGAL SON. This is the story of a young man who is duped into joining a cult. It explores the themes of how some groups prey on the vulnerable, lonely and disillusioned. I like this story. As it turned out, a lot of agents liked reading it, too, but none of them could fully embrace it, fall in love with it, have it speak to them – or any of those many kind phrases proffered in the kind and gentle rejection letter. Any writer whose sent their work into the world knows how this feels. After more than 100 rejections, my energy for this novel began to waiver. Especially in the face of this particular rejection:
“Your writing is wonderful, but this story is just not quite there. The solution for you is easy. Write another novel.”
Despite the maddening frustration of that statement, I knew her advice was sage, though I wondered if I could take it constructively. Setting aside a book you’ve worked years on is tough. I’d had to do that before and I didn’t want to do it. But her advice tugged at me. So I opened up an old file of my 2009 NaNoWriMo (National Novel Writing Month) project. (You have to know I am THRILLED to say this because of the great numbers of people who turn up their noses at NaNoWriMo as a waste of time!) This was a practice story that I’d started because of a friend’s suggestion. “Hey, I’ve always wondered whatever happened to Sarah, Jane’s daughter.” (Sarah is the daughter of Jane from JANEOLOGY, my debut novel, for which I got published without an agent.) As it turned out, I was curious what became of Sarah, too. What happens when you grow up in the shadow of a mother with mental illness? How would that shape you? How would a young girl cope with coming of age under that dark umbrella? So I wrote a 50,000 discovery draft about that girl. That’s the file I opened after that agent told me to simply – write another novel. Of course, this draft was a mess, but it was still a subject that interested me. I went for it.
At some point last summer, I had that gut feeling that the story, NO ORDINARY GIRL, had taken shape. It was going to work. After writing six novels and 12 screenplays, I’ve finally learned to trust and reach for that golden turning point where you know. You just know.  If you keep at it, it will come.
I sent out the manuscript to trusted readers. I collected and compiled all of their feedback. It cannot be overstated how valuable this step is – though in some ways it takes the most courage. There’s something about having a stranger read your work. And then there are your friends. They are getting a greater insight into you and it feels a little naked. But the best thing that can happen is getting this comment: “I forgot I was reading YOUR novel and felt like I was just reading A novel.” That phrase, my friends, is almost as joyous as any part of the writing process.
By January, I knew the work was in the very best shape. I made my list of top agents by seeking out books similar to mine.
Two things happened in this process – I got rapid fire rejections and rapid fire requests for the full ms. This leveled my confidence. Don’t get too excited, but don't despair either.
And then – three weeks ago, I got the call.
Now, when I got the call from Kunati Books three years ago telling me that they wanted to published JANEOLOGY, I was mopping the floor while the kids were watching Sesame Street. This time, I was vacuuming and dusting when that prized call came in. I don’t know if this means anything, except that the most amazing things can happen when you are doing something mundane. I love this about life. One minute you’re sucking dust and the next you’re talking about great contemporary coming-of-age stories and how YOU just might have written one.
I had this conversation with Julia Kenny from Markson Thoma. One of the first things we talked about were books we both loved. She asked me if I’d read Rebecca Stead’s When You Reach Me and told me it was the book she was currently giving to everyone as a gift. She loved it that much. At that very moment, that book was on my nightstand. I’d just finished reading it for the second time. We talked about other books and styles and themes and I knew immediately we were, to be colossally clichéd – on the same page.
She concluded the conversation telling me she’d really like to work with me on NO ORDINARY GIRL. Now, having pitched my novels hither and yon to agents for years, I wanted to hear the golden words -  “So you want to work with me? Does this mean…”
“Oh, yes, yes,” she said. “I’ll be sending you a contract this morning. I’m offering you representation.” Ah, those five little words every writer longs to hear.

And so, the next steps of the journey begin. I'm looking forward to sharing this experience with you! We're already diving into revisions, which in my opinion, is one of the fun parts of this process.
Posted by Karen Harrington at 9:48 AM 15 comments:

Email ThisBlogThis!Share to TwitterShare to FacebookShare to Pinterest
Labels: getting agent representation

Reason to perform The Carlton Dance (Or, I have an agent!)

Many more details to come on Monday, but for now I'm so excited to write the words I've wanted to write for years: I now have agent representation - and it's with the wonderful Julia Kenny of Markson Thoma.

Please dance with me!